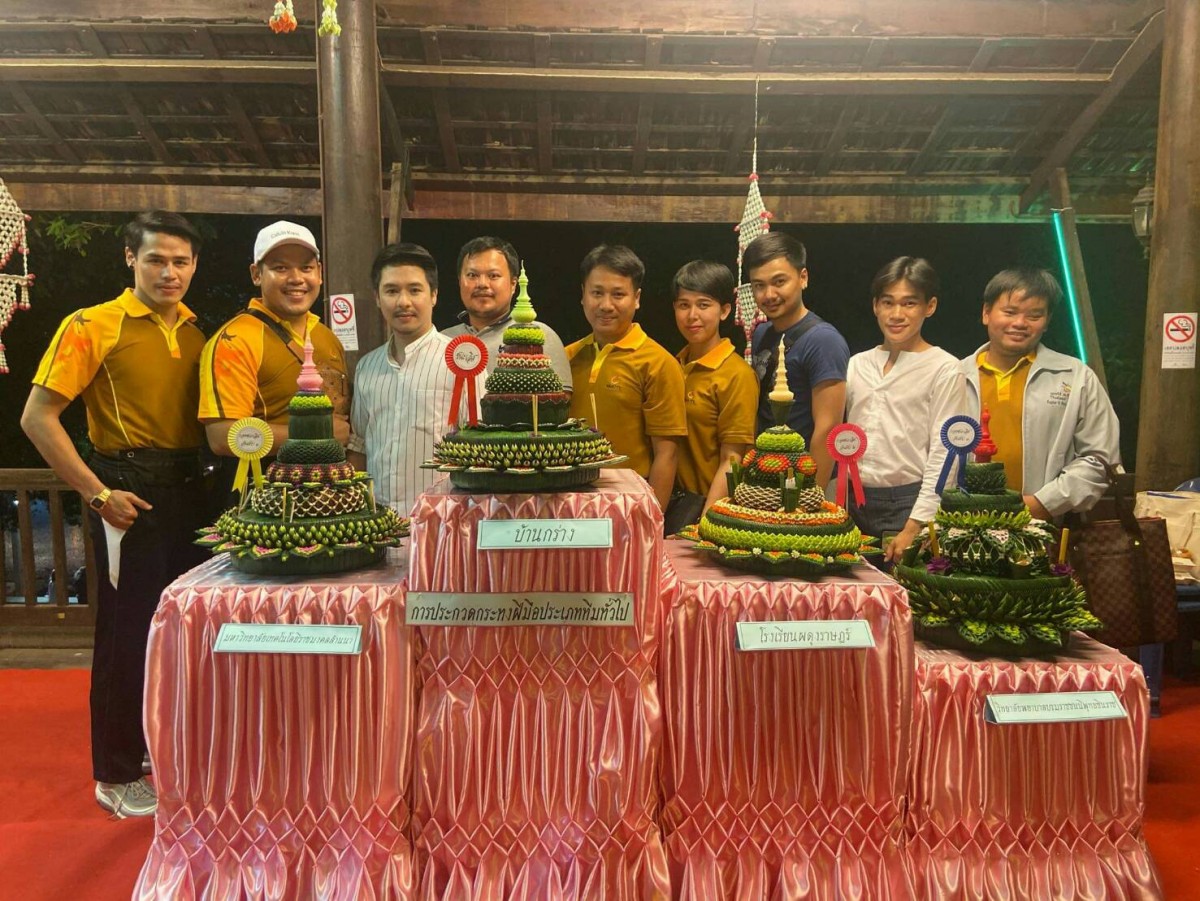 Sunday, 10 November 2019, alumni and students at Rajamangala University of Technology Lanna, Phitsanulok participated in the general category of Krathong competition (rules for 5 hours, 5 teams per contestant) as representatives in the nameRMUTL, Phitsanulok the Loy Krathong Song Kwae Lae past the year 2562, which won the first runner-up, which will be exhibited at the Houseboat Museum Suan Chom Nan Memorial Park, November 10 - 11, 2019