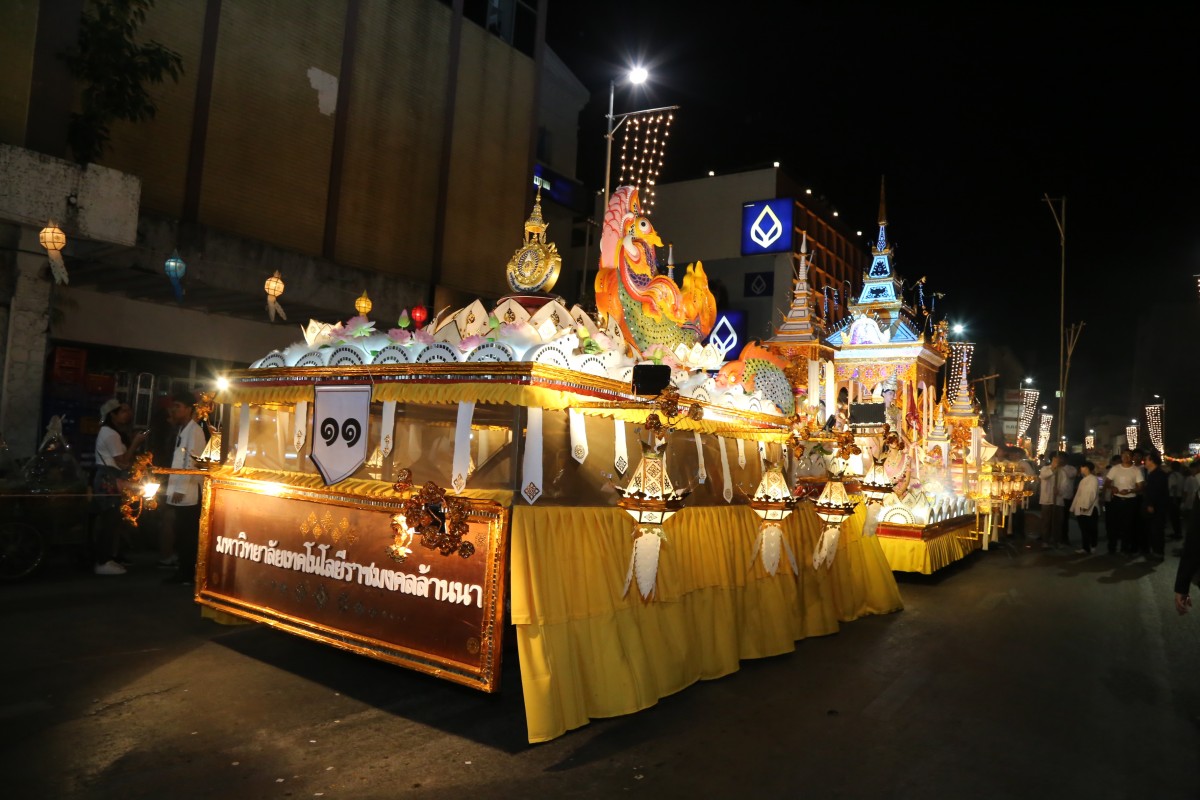 Rajamangala University of Technology (RMUTL) Lanna Unite with the power of unity, teachers and students to decorate the large Krathong parade under the concept of "Noppakhun Buakgar Bongkotkaew Leardleaw  Raming Nakhon "with a procession of worship Inheriting Lanna Traditions Enter the contest of the big Krathong parade Compete for the King's Cup At the Yi Peng Festival in Chiang Mai for the year 2019 by Assoc. Prof Seensiri Sangajit Lead the board of directors Faculty and students Join the parade Beautiful, magnificent, to the eyes of tourists and people who come to see the beauty from the Tha Pae Gate to the Chiang Mai Municipality Office And the results of RMUT Lanna contest won the 1st prize for the big Krathong car contest Received a plaque of honor with a prize money of 70,000 baht.